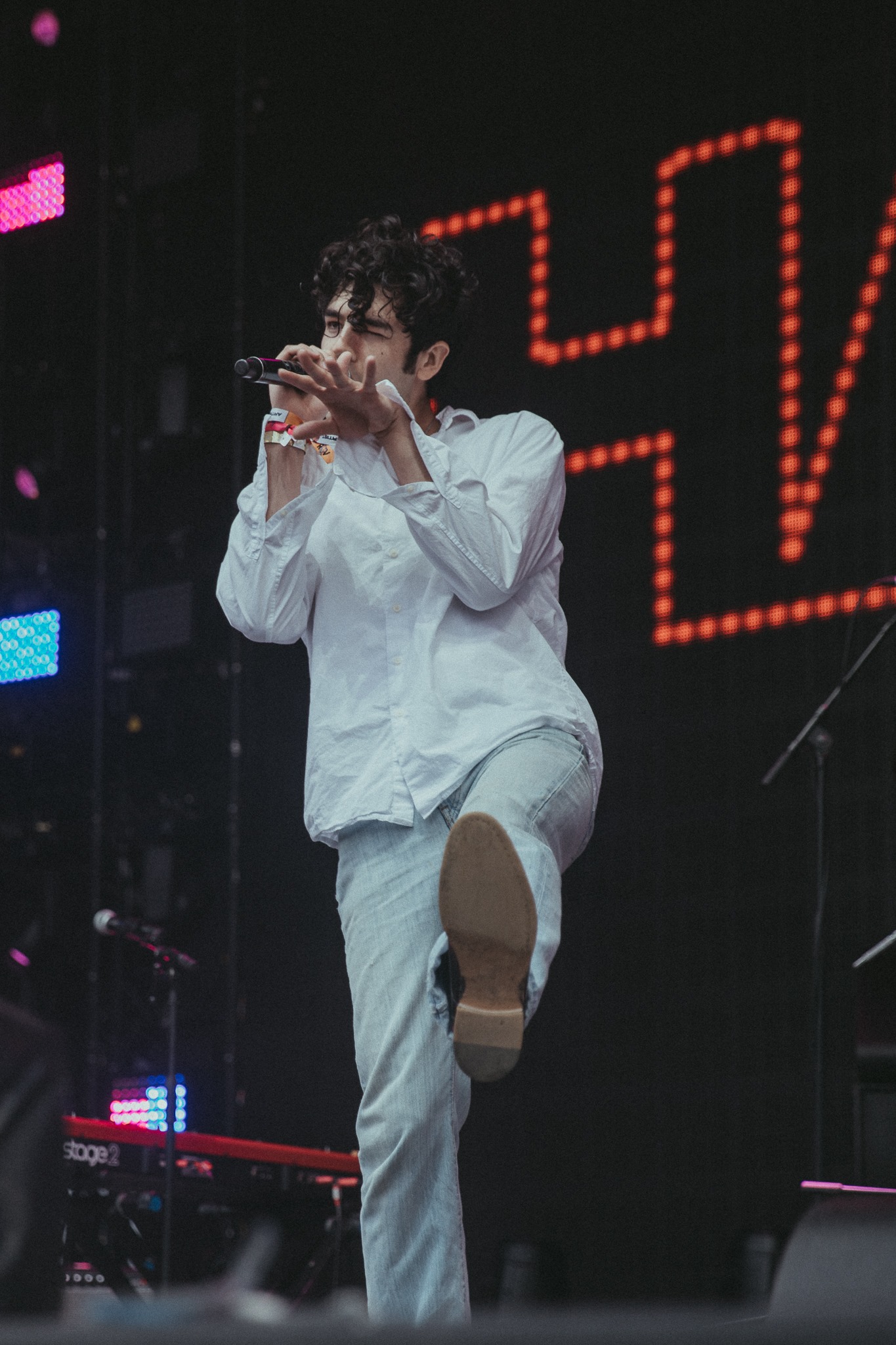 I was born in Sydney but have lived in Auckland, New Zealand, my whole life. There was definitely an abundance of music around when I grew up, as my Dad would often be playing the piano or singing round the house. When I was around five, my parents asked me what instrument I wanted to play and I chose the piano. A lot of those early years were spent learning classical pieces and theory, but I’m forever grateful for that kind of music education; it’s become the basis of a lot of the music I make and how I play the piano.

I never entered the “official” Rockquest when I was young, but I remember Smokefreerockquest coming into school for an after school program which was a lot of fun!

I’m still based in Auckland now, and went to the University of Auckland to study History and Politics, so not very musical haha. I wanted to keep music as a passion and separate to my academics. I joined a band towards the end of high school and we toured around the country, which was an exciting adventure post High School. I learnt a lot about collaboration and being a ‘team player’ (it was an eight piece band) which has really benefited my solo work.

Playing at the Rhythm & Vines festival is definitely a highlight. It was the biggest crowd I’ve ever played to, and so many of my friends were there which made it really special. Another part that stands out would be having my music played on the Triple J radio station in Australia. Felt crazy to be over here in NZ knowing that my song was being played on radio in another country.

What’s your process with songwriting?

Usually I start on the piano. I’ll just muck around on some chords and sing a melody over the top and see what comes out. Sometimes a phrase will come at the same time, so then that becomes the entry to the idea of the song. Once I have at least a verse and chorus melody/progression, I’ll demo it on my laptop. Adding drums or a beat dramatically shifts the vibe of your initial ideas, and a lot of the time you need to bring them into the songwriting process early to get the melody and lyric matching a groove.

If I’m going into the studio, I want to have the song written along with a pretty strong demo so I can get started quickly. Try and spend as little time “finishing the song” and more time exploring ideas that are only achievable in a studio space. In saying that, always be open to a surprise in the studio.

Song choice comes down to what I think can only be enhanced by using that space. Nowadays you can do a lot at home with basic equipment, so take into consideration the type of mics, amps and instruments that will be at the studio. There also might be an engineer or producer there who can help you elevate the vision for the song. Do your research beforehand, so you can hit the ground running and work at pace!

1. Keep it simple. If you like something straight away, don’t doubt it and overcomplicate.

2. Always find something you like in other people's music. Even if it's not your favourite genre or style, there is always an element in a song or a piece of music for you to enjoy that could enrich your own music.